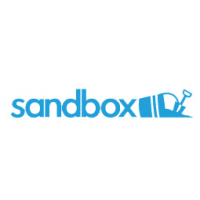 Founded by Kevin Sansalone in Whistler, Canada.
The Sandbox company is a uniquely rider-owned company that has been developing rider inspired prdoucts since 2004. Sandbox began as a video production and started filming canadians new generation of pro boarders. In 2007, Sandbox´s venture into manufacturing began when thex started developing helmets that were stilish enough for riders to film in. The Sandbox brim model was an instant boom in the snowboard community in Whistler. Since then, Sandbox has been building the brand organically through grass roots involvement in camps, events, social media and team rider supports. Sandbox has grown so much that they offer also a unique Wakeboard, skate and bike helmet line. Aswell as goggles, sunglasses, soft goods and accesories. Safety, comfort and style combined with commitment and progression, thats what Sandbox is standing for.